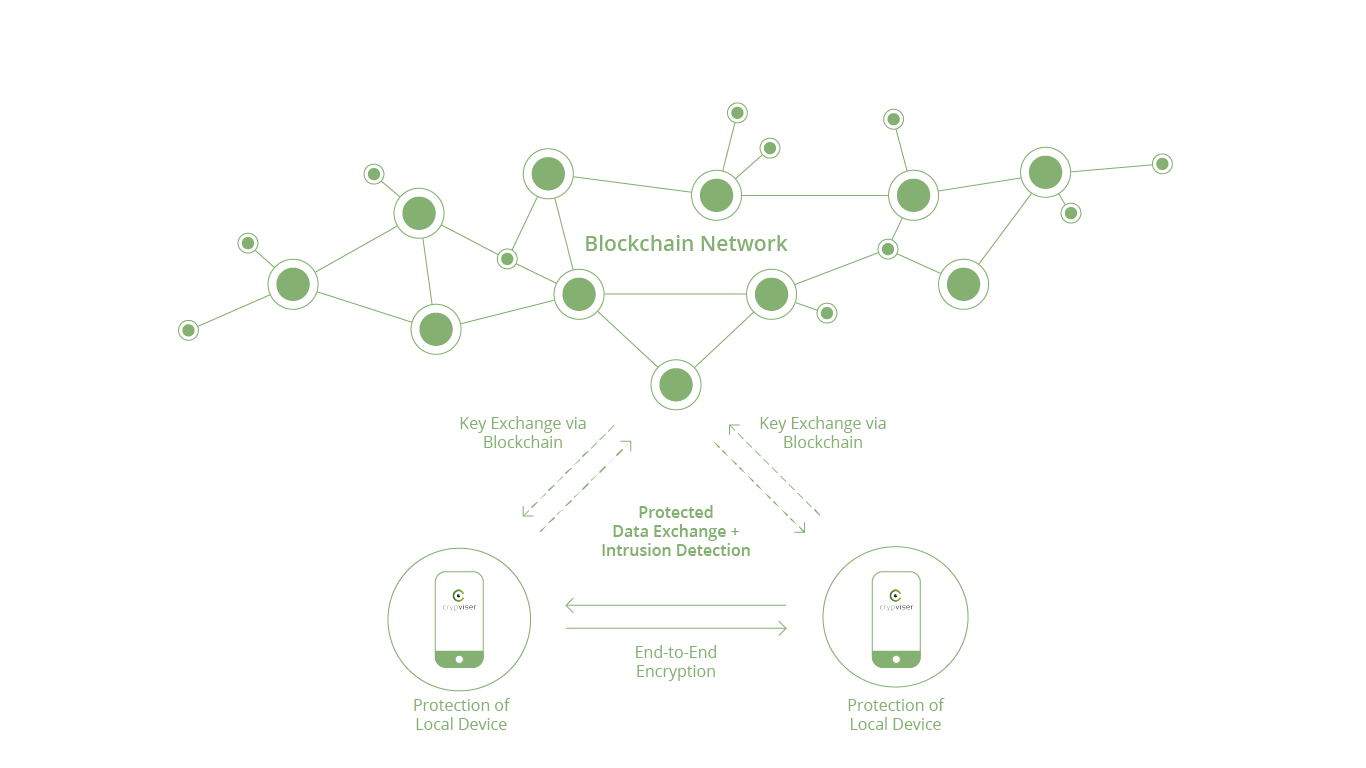 Crypviser Secure Messenger is touted as being Unblockable due to its decentralized make-up. Not relying on a central server, which as history has shown can be hacked into, blocked by Governments, or shut down, Crypviser runs on the Crypviser network, made up entirely of publicly ran nodes, spreads across the globe. This gives it a distinct advantage over all other instant messengers on the market. Even within countries such as China, Russia, and India where other messengers have been blocked, Crypviser operates unhindered.

Crypviser GmbH has also solved the decade-old issues of end 2 end encryption. By developing the first Blockchain public key exchange model and automated encryption, they have done away with Man in the Middle Attacks. There had been many attempts to solve this issue of Public Key exchanged which is needed and crucial for end 2 end encryption. The creator of PGP, Phil Zimmermann, describe a possible solution he titled “Web of Trust.” However, this solution was dependant on people being trustful and truthful, and It would only take 1 person with alternative motives to break this Web Of Trust. Crypvisers blockchain public key exchange model trust is not needed, it is the first no need to trust system.

Usually, the more secure something is the harder it is to use, however with Crypviser Secure Messenger that is not the case. Creating a user name, installing the App is as easy as all the rest. Crypvisers Automated Encryption does all the rest.

Crypviser collects not one piece of personal information. No names, no mobile numbers, no email address are needed nor asked for. Since the authentication is done over blockchain, it is a true anonymous messenger, not even Crypviser knows who is behind the user name the customer creates. So unlike almost all other messengers out there who finance themselves with their users’ data, Crypviser has chosen a more transparent business model, they sell their messenger for the price of a cup of coffee a month.