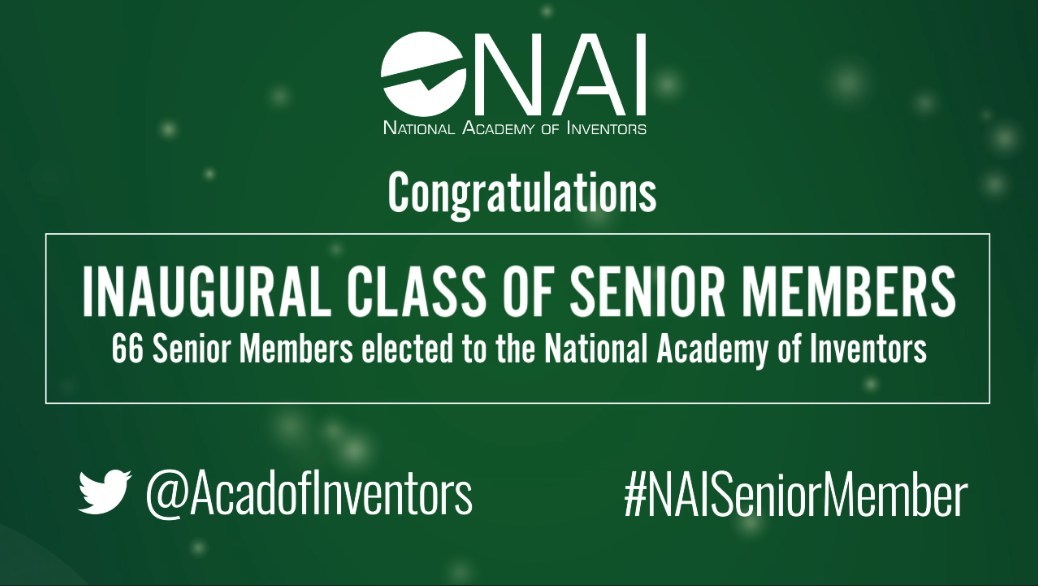 The National Academy of Inventors (NAI) has named Northern Arizona University (NAU) professor of practice Bertrand Cambou one of 66 academic inventors to the inaugural class of NAI senior members. NAI is a member organization comprising U.S. and international universities as well as governmental and non-profit research institutes, with more than 4,000 members spanning more than 250 institutions worldwide.

Cambou joined NAU’s School of Informatics, Computing, and Cyber Systems in 2015 and is the university’s most prolific inventor. He has authored or co-authored 48 granted patents in his career and has disclosed 32 inventions at NAU to date, leading to a total of 35 patent applications. Of those 35 applications, six have been issued patents. He leads NAU’s cybersecurity research efforts and has been supporting his colleagues in developing disruptive power storage solutions. Cambou’s main areas of research include the design of novel cryptographic primitives and protocols with Physically Unclonable Functions (PUF), True Random Number Generators (TRNG) and the use of nanotechnologies such as memristors and ReRAMs.

“My warm thanks to my NAU colleagues, our students as well as President Rita Cheng and the leadership team of NAU for the strategic repositioning of our university as a prime institution in research and innovation,” Cambou said. “I feel that my areas of research in nanoelectronics and cybersecurity are well-supported in the multi-disciplinary School of Informatics, Computing, and Cyber Systems.”

According to the NAI, senior members are “active faculty, scientists and administrators from NAI member institutions with success in patents, licensing and commercialization. They have produced technologies that have brought, or aspire to bring, real impact on the welfare of society. Senior members also foster a spirit of innovation within their communities through enhancing an inventive atmosphere at their institutions, while educating and mentoring the next generation of inventors.”

“Dr. Cambou’s recognition as a senior member of NAI is a strong reflection of the great progress NAU has made in advancing research, scholarship and creative activity,” Vice President for Research David Schultz said. “This growth is based on our faculty, students and collaborators creating new knowledge, developing the future workforce and broadly serving Arizona and the nation. In particular, this recognition stems from NAU’s growing attraction of recognized researchers in both our traditional strengths and in new areas such as cybersecurity, where Dr. Cambou is indeed a national leader.”

This inaugural class of NAI senior members represents 37 research universities and government and non-profit research institutes. They are named inventors on more than 1,100 issued U.S. patents. Senior members undergo a two-step selection process, including internal NAI review and consideration by the advisory committee, which is made up of elected NAI members and other professionals considered pioneers in their fields.