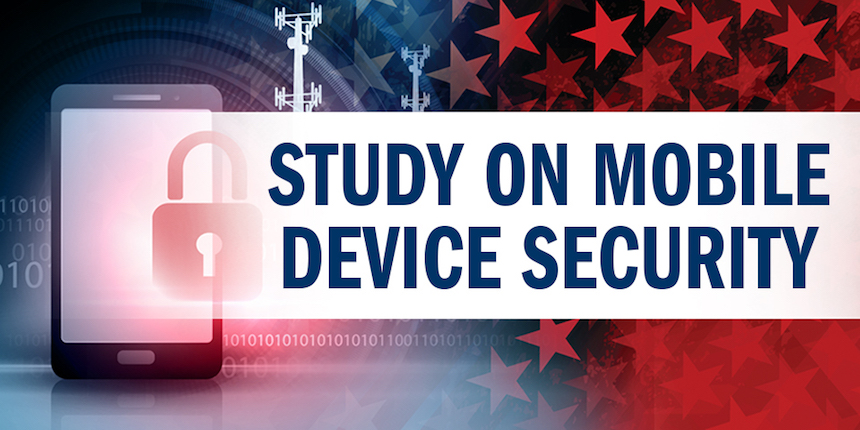 The Department of Homeland Security (DHS) has submitted a report to Congress that details current and emerging threats to the Federal government’s use of mobile devices and recommends security improvements within the mobile device ecosystem. The DHS Science and Technology Directorate (S&T) led the study in coordination with the National Institute of Standards and Technology and its National Cybersecurity Center of Excellence.

Mandated by the Cybersecurity Act of 2015, the “Study on Mobile Device Security” relied on significant input from mobile industry vendors, carriers, service providers and academic researchers.

“The Study on Mobile Device Security has found that threats to the mobile device ecosystem are growing, but also that the security of mobile computing is improving,” said Dr. Robert Griffin, Under Secretary (Acting) for Science and Technology. “It outlines several important recommendations to strengthen security that will help the Federal government keep pace with current and emerging threats.”

Along with S&T, several DHS components contributed to the mobile device security study:

The improvement in security can be attributed to significant safeguards implemented by mobile operating system vendors and Federal departments and agencies implementing enterprise mobility management systems to manage their mobile devices and applications. Meanwhile, the areas that need improvement will provide the opportunity for the Federal government, industry and the research community to work together to solve the gaps in mobile device defenses.

The study found that the threats to the Federal government’s use of mobile devices — smartphones and tablet computers running mobile operating systems — exist across all elements of the mobile ecosystem. These threats require a security approach that differs substantially from the protections developed for desktop workstations largely because mobile devices are exposed to a distinct set of threats, frequently operate outside of enterprise protections and have evolved independently of desktop architectures.

Threats to mobile devices range from those perpetrated by nation-states, organized crime or hackers to loss or theft of mobile phones. Additionally, threats that target consumers — such as social engineering, ransomware, banking fraud, eavesdropping, identity theft, and theft of services or sensitive data — also impact Federal government users, according to the study.

The study, which also drew support from the Department of Defense and General Services Administration, presents a series of recommendations to enhance Federal government mobile device security. Key recommendations include: