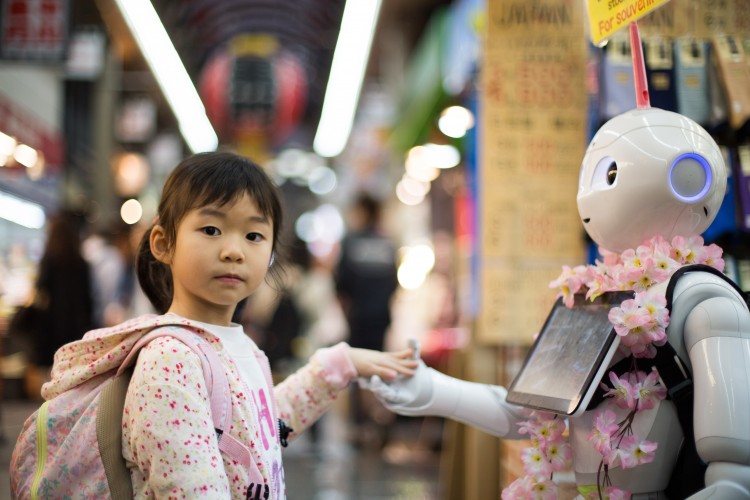 Many parents express concerns about privacy and online safety in technology designed for their children. But we know much less about what children themselves find concerning in emerging technologies.

Now University of Washington researchers have defined for the first time what children mean when they say technology is “creepy.” Kids in a new study described creepy technology as something that is unpredictable or poses an ambiguous threat that might cause physical harm or threaten an important relationship. The researchers also pinpointed five aspects of emerging technologies that could contribute to this feeling of ambiguity.

The team presented its results May 8 at the 2019 ACM CHI conference on Human Factors in Computing Systems in Glasgow, Scotland.

“Over the years of working with kids we realized they use the word ‘creepy’ a lot as a way to reject specific technologies,” said first author Jason Yip, an assistant professor in the UW’s Information School. “But kids have a difficult time articulating what makes something creepy. So we designed a series of activities to give them the chance to work out their own thoughts and help us understand.”

Previous research indicated that adults describe ambiguous threats as creepy, not scary, so the team conducted four separate design sessions to see if children felt similarly about creepy technology. These sessions had 11 children aged 7 to 11 prototype their own technologies or rank real or imagined technologies as “creepy,” “not creepy” or “don’t know.” Devices that could bring about physical harm or disrupt an important relationship were most consistently ranked as being creepy.

“When we were brainstorming about what kids were going to be worried about, we never considered that they might be concerned that somehow technology would get between them and their parents, and that this would be such a salient issue in their minds,” said co-author Alexis Hiniker, an assistant professor in the iSchool.

The team found five properties of technology that lead to those fears:

Kids want to understand how technology works and what information a device is collecting. For example, when a child asked a digital voice assistant if it would kill him in his sleep and it said, “I can’t answer that,” the child was concerned.

“‘I’m afraid I don’t have an answer to that’ works well if I ask how many hairs are on the top of my head,” Yip said. “But with these types of questions, this response sounds deceptive.”

Kids are sensitive to how a technology looks, sounds and feels. But that doesn’t mean that only traditionally scary-looking technologies are creepy: The children were also wary of Maslo, an app with a large black dot as its interface, because it looked like a “black spirit” or a “black hole.”

Kids want to control technology’s access to their information and the flow of that information to their parents. For example, when kids were asked to design a technology that was trustworthy, some of the children designed an intelligent trash can that both scanned and deleted their facial recognition data each time they used it. Their trash can also had a button that allowed for manual deletion of data.

Kids don’t like it when technology does things unexpectedly, like automatically knowing their name or laughing. To kids, laughing could communicate hidden, and possibly malicious, intent.

Kids also don’t like technology that pretends to be something else, especially when it’s trying to mimic people in their lives or themselves. Technology that mimics them could be trying to steal their identities or disrupting family relationships.

“All five themes are related to ambiguous threats. It’s a not specific monstrosity coming after them here like when something is scary; it’s more nuanced so that they’re not sure of the consequences of their actions,” Yip said. “The kids kept referencing the movie Coraline. In the story, the dolls ask Coraline to make a change: ‘If you sew buttons over your eyes and become just like us, we will love you forever.’ That prompts this feeling of, ‘Wait a second, sew buttons over my eyes? What am I compromising here?'”

The team found that trusted adults had some influence over whether or not the children thought that specific devices were creepy. For example, one child deemed smartphones “not creepy” because he saw his parents using them. Another kid thought that laptops were creepy because his parents taped a piece of paper over the camera to “keep the robbers away.”

The researchers acknowledge that their results could be used to make technology that tricks kids into a false sense of security. But the team thinks it is more important to have these results available to the public to help parents talk to their kids about technology and any types of fears that might arise.

“Children have access to so many different kinds of technologies compared to when we were growing up,” Hiniker said. “But their basic fears haven’t changed at all. Kids want to feel physically safe and anchored to trusted adults who are going to protect them.”