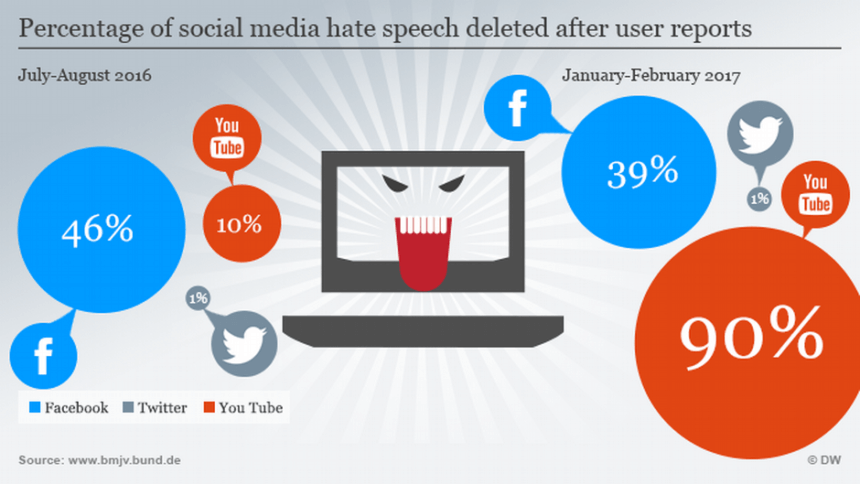 Extreme speech on social media—foul language, threats and overtly sexist and racist language—has been in the spotlight. While such language is not new, recent increases of extreme and offensive posts on social media have led to politicians, celebrities and pundits calling for social media platforms to do more in curbing such speech, opening new debates about free speech in the digital age. Now, a new study from the University of Missouri School of Journalism shows that while people tend to dislike extreme speech on social media, there is less support for outright censorship. Instead, people believe sites need to do a better job promoting healthy discourse online.

“Facebook and Twitter feeds have become the home to various breeds of questionable content,” said Brett Johnson, assistant professor of mass communication. “As public discourse continues to move to online discussions, we are seeing more debates about the limits of free expression in digital realms.”

Missouri says that Johnson used focus groups to examine individual opinions toward extreme speech in social media and if such speech should be regulated. Focus group participants were regular social media users divided into race and gender groups—African-American females, African-American males, white females and white males. The choice to make the groups homogenous was made to facilitate more open and honest conversation about extreme speech without alienating or creating conflict among participants.

However, a prevailing belief was that social media platforms need to be transparent in how they manage content and that they follow clear standards aimed at both promoting free speech and preventing harm against users. This was particularly true among female participants who tended to value the overall health of public discourse and protection of more vulnerable users. African-American female participants explicitly called for platforms to recognize a special duty to protect minority users.

“While the focus groups did not reveal an outright demand to censor extreme and offensive speech, we found a prevailing trend of participants calling for social networking sites to have clear and transparent policies related to permissible content,” Johnson said. “Sites should communicate their policies clearly to users and frame speech policies as a means of promoting healthy public discourse rather than pledging to keep users safe from harmful speech.”

Johnson hopes the findings from the focus groups will help social media companies better understand and manage problems posed by extreme speech on their platforms.

“Tolerating and managing extreme speech on social media” recently was accepted for publication in a special issue of the journal Internet Research devoted to the topic of “the dark side of social media.” The issue is expected to be released in late 2017.