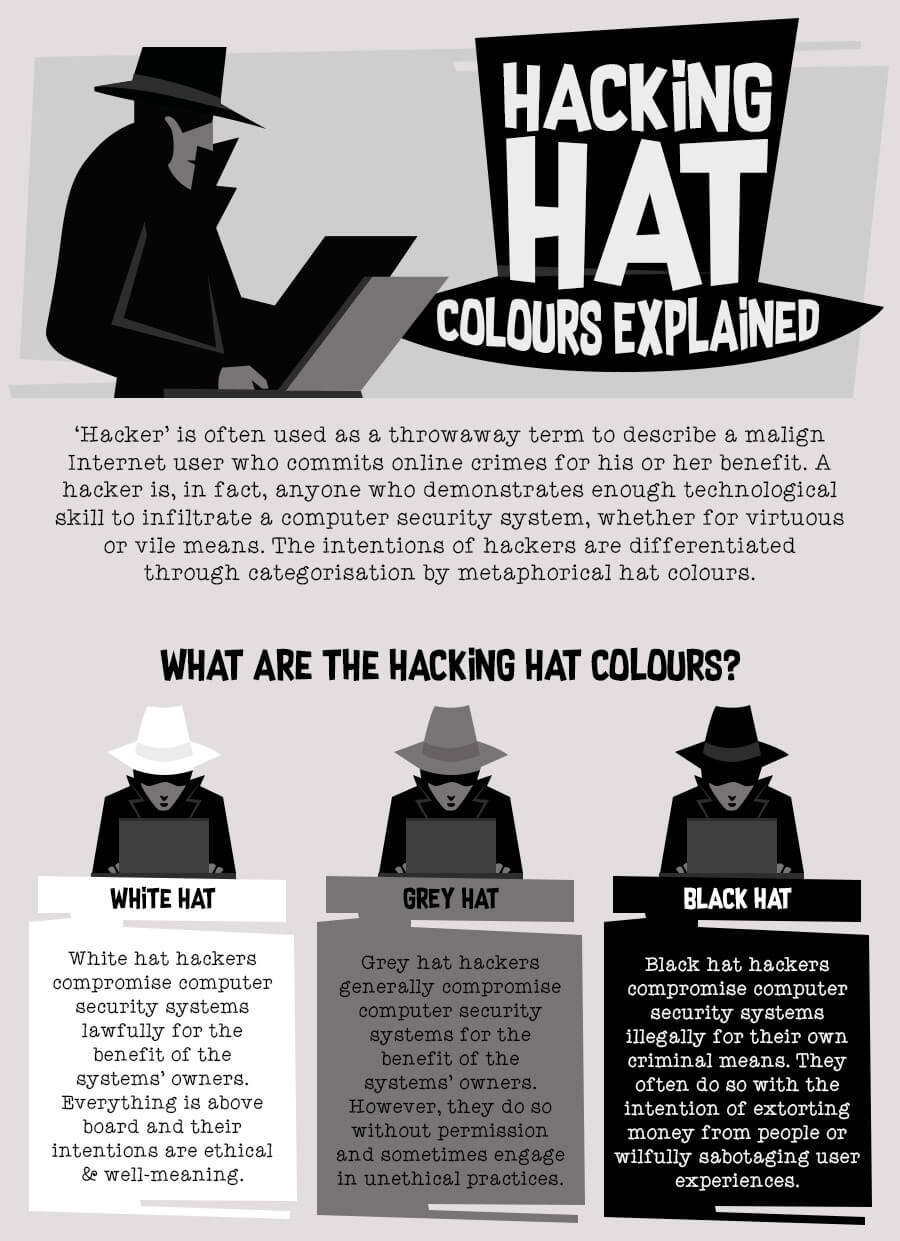 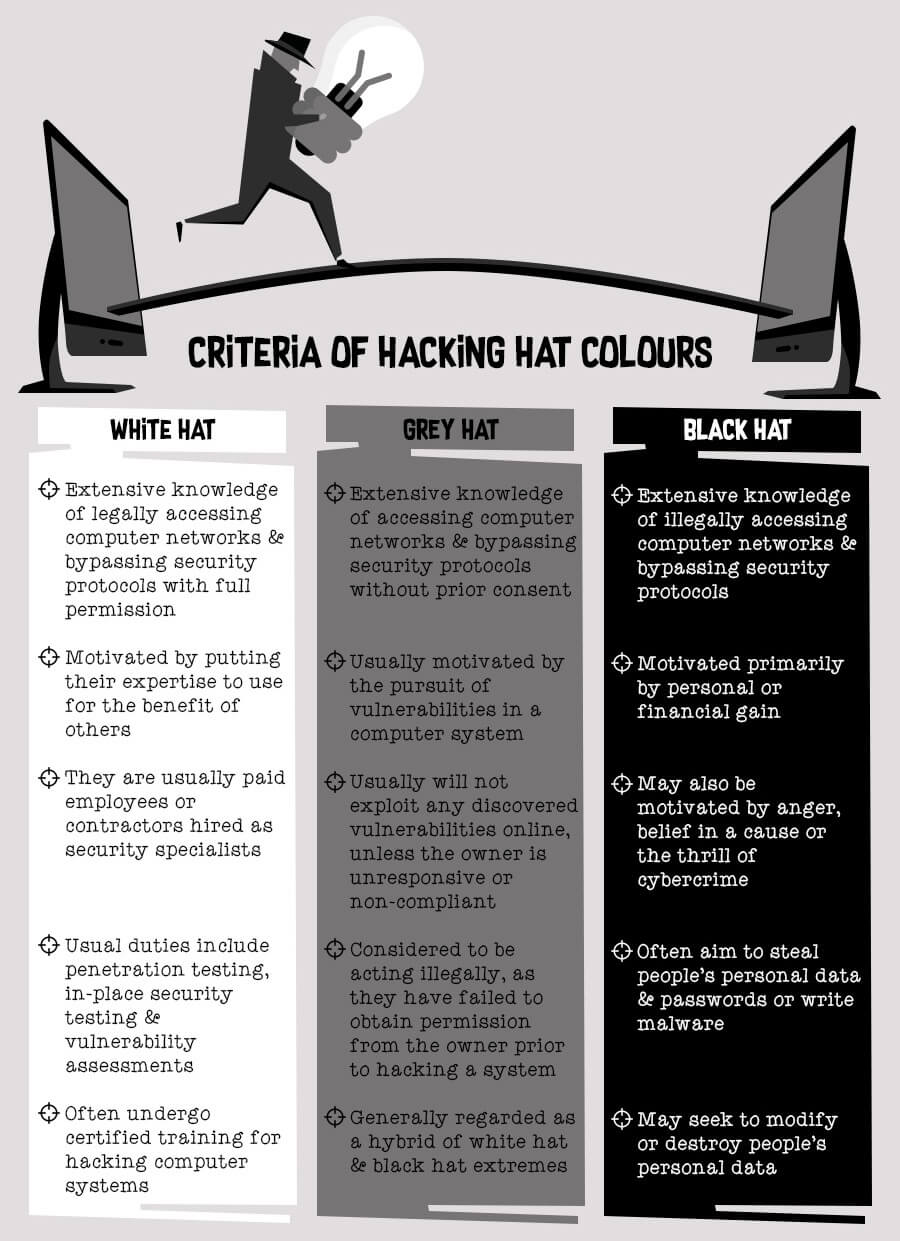 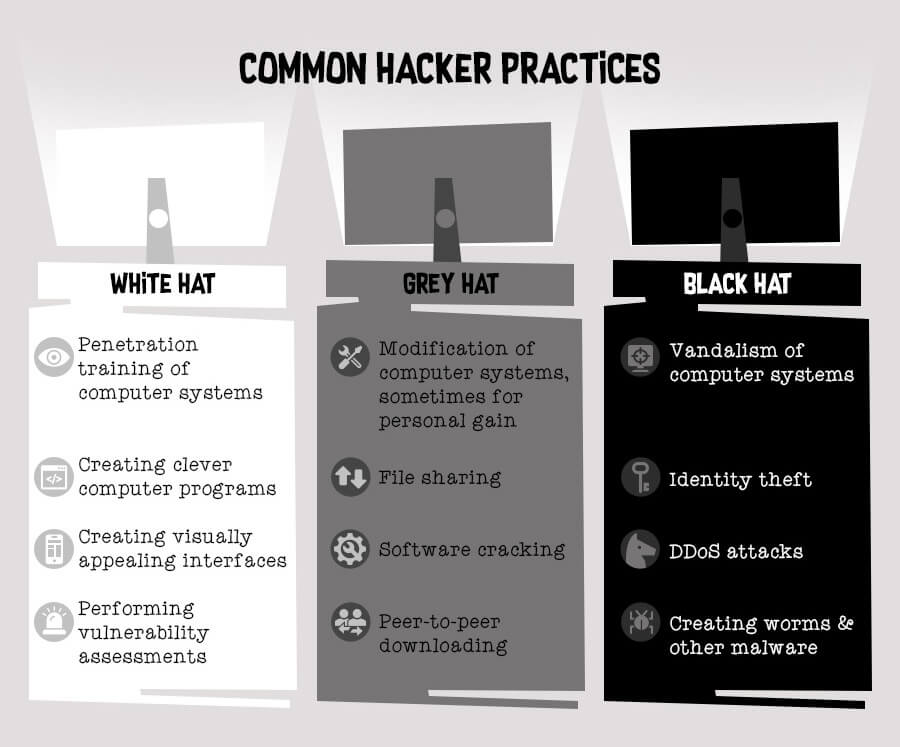 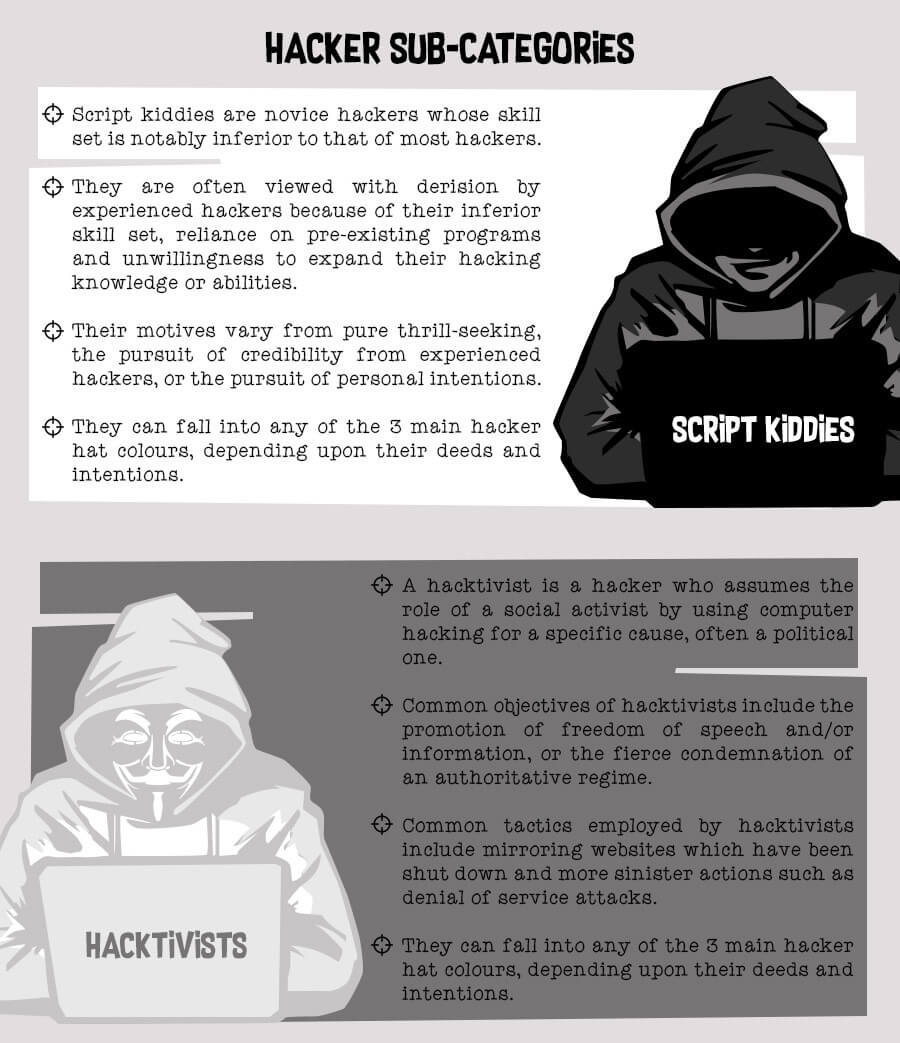 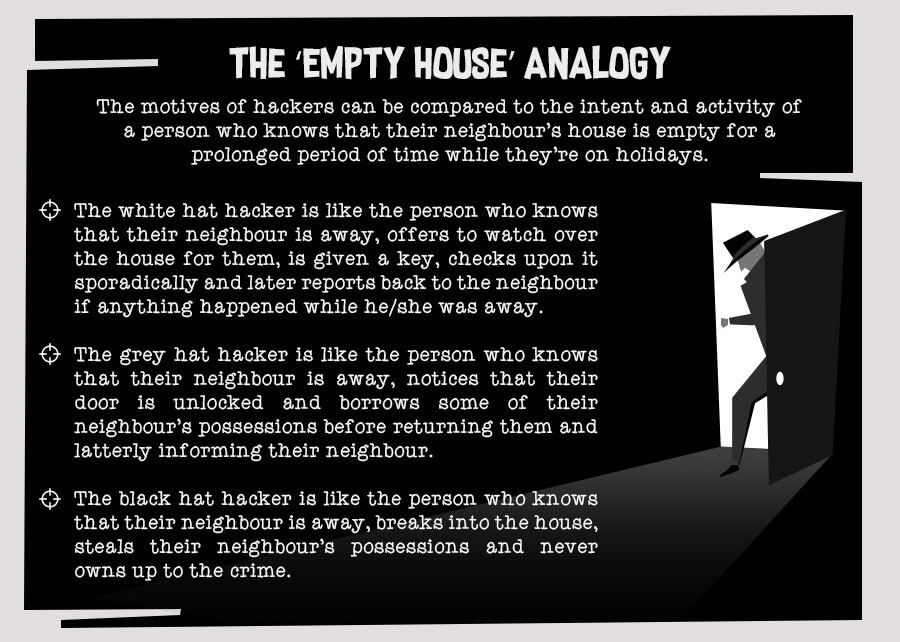 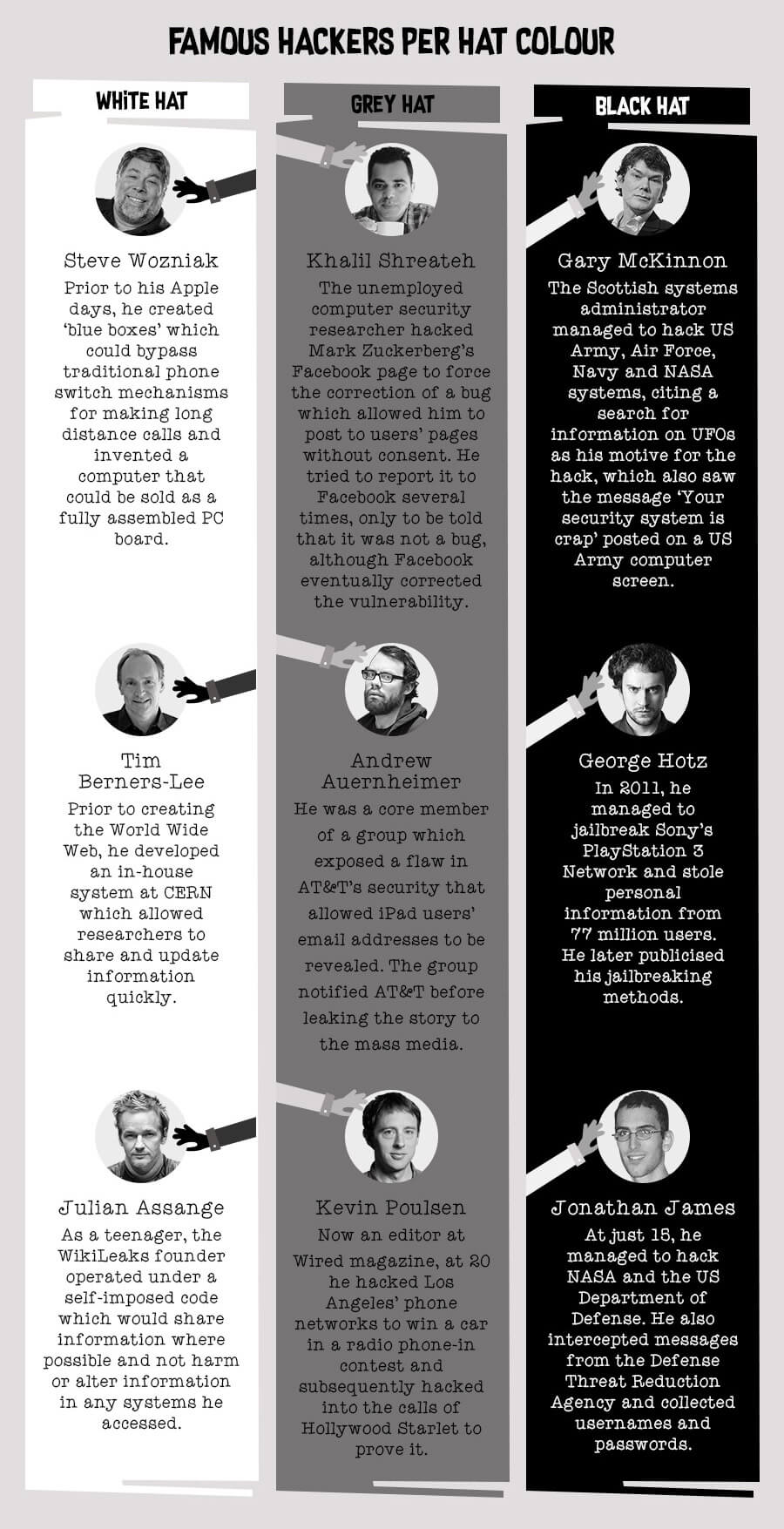 Not all hackers are created equal. A hacker may typically be thought of as someone who infiltrates computer systems illegally for harmful purposes, and while this is certainly true of some hackers, the term is used for describing anyone with the expertise to gain access to a computer system. Many of those do so in full complicity with the system owners and have no intentions of creating online mayhem.

Hackers can be categorized into three groups as determined by their behavior, with each of these groups designated a metaphorical hat color. There’s white hat hackers who act within the law and who will never access a computer system without the owner’s prior consent. Grey hat hackers often act with a large degree of morality and rarely expose vulnerabilities for personal gain, but they don’t get the owner’s permission first and technically are breaking the law. Finally, the black hat hacker group consists of those who infiltrate computer systems to hold people to ransom or cause general chaos for computer users, sometimes on a worldwide scale.

This infographic from Exigent Networks gives a neatly summarized beginners’ guide to the various hacking hat colors, outlining the most common activities of each category and citing famous (or infamous) examples of white, grey and black hat hackers.

Hopefully this will help to create a more concrete understanding that not all hackers – indeed, very few – are out to steal your information or launch ransomware attacks.

USB Connections Less Secure Than Has Been Thought