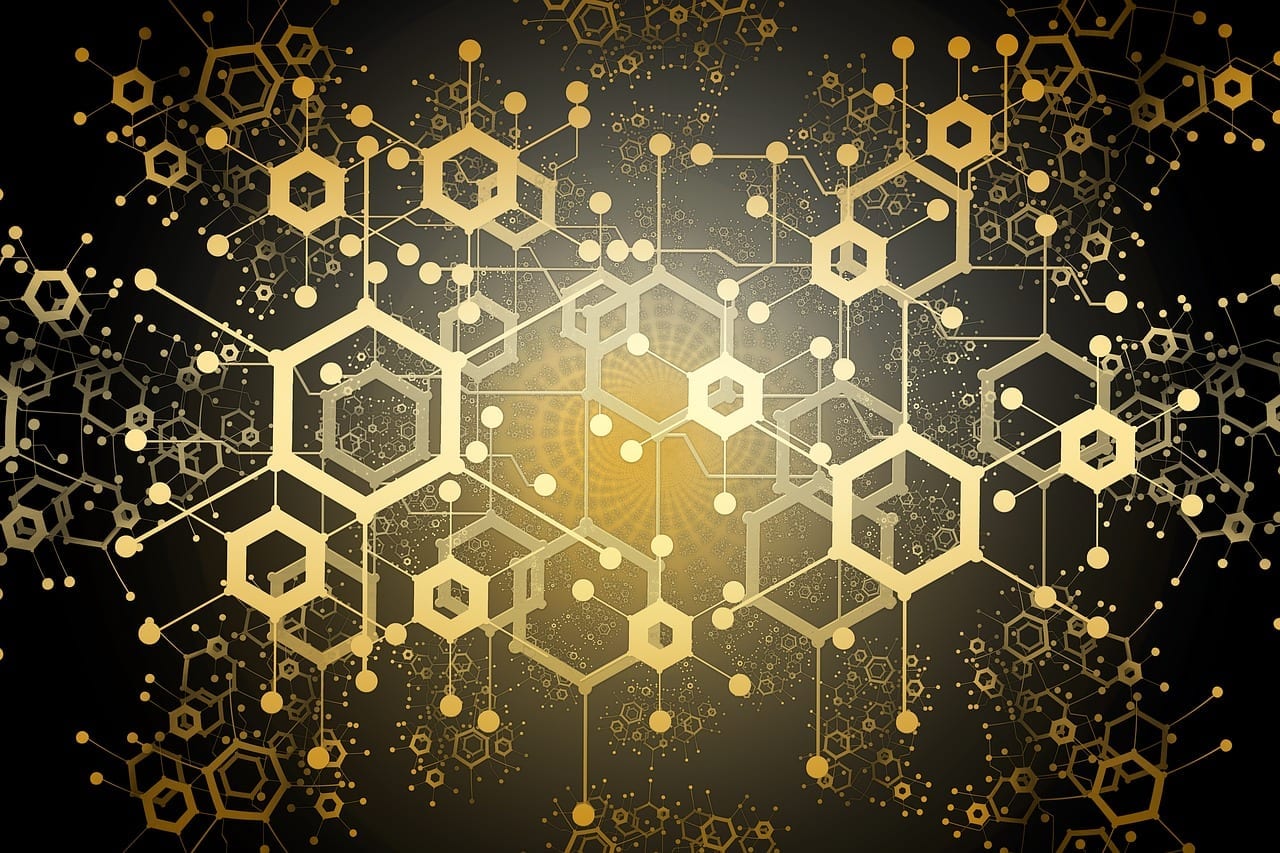 There has been a lot of buzz lately about how Blockchain will revolutionize the secure transfer of information. However, many are still unclear on exactly what Blockchain is, where its applications can be used and how the leaders in the field will be able to deliver usable software to potential buyers.

As an emerging tech trend, the Department of Homeland Security (DHS) Science and Technology Directorate (S&T) has been tracking Blockchain’s birth, development and progress for years. S&T was particularly interested because of the potential for building resilience into digital transaction systems.

By understanding its potential applications and impact, and setting universal standards for usage, S&T is paving the way for multiple agencies such as U.S. Customs and Border Protection (CBP), U.S. Citizenship and Immigration Services (USCIS), Transportation Security Administration (TSA) and others to successfully and easily integrate Blockchain into their mission.

As the DHS science advisor, S&T prides itself on keeping its finger on the pulse of emerging technologies. When the assessment is made that the time is right, S&T may even offer assistance to industry to help the tech both achieve its full potential and reach perspective government buyers and users. That is exactly what happened with Blockchain.

What makes it so different from previous models is that each transaction of the digital monies forms a new “block” in a public ledger. The ledger is transparent and communally verifiable within an open and shared database. As a shared, synchronized and geographically disbursed database, with no centralized data storage, the system is designed to remove the “single point of failure” risk (including technical malfunction and malicious alteration) that is present in many other systems.

One of the other key differentiators from previous structures is that since it is a “distributed electronic ledger,” if one wants to track the historical transactions of a specific unit of currency (or data) from its introduction into the system until a specific date, that can be done and verified by multiple independent users. The blocks form an unbroken “chain” that acts as a visible digital paper trail.

So far, Blockchain has proven extremely resistant to any type of hacking or alteration, and that makes it especially attractive for Homeland Security Enterprise (HSE) uses.

According to Anil John, SVIP Technical Director, “About three years ago, we saw that the global interest in Blockchain technology was not matched by technical investments that ensured that the technology incorporated fundamental security, privacy and interoperability functions. In other words, while its capabilities could represent a dramatic change in the way that things will be done in the future, so much so that it could disrupt the current norms in multiple sectors, there were still missing links in the chain. That’s when we offered our assistance.”

And with that, S&T launched a program for Blockchain that focused on security, privacy and interoperability specifications and standards.

Although it may sound mundane at first, one of S&T’s other lesser known roles within the HSE is to assist components and vendor partners with identifying, creating and setting standards for the technologies themselves.

The goal of the Blockchain program was to further understand the technology’s capabilities, and also to support and, as needed, create broadly accepted standards to benefit both government entities and the companies in the emerging sector.

John pointed out that, “Historically, when new technologies or solutions are incorporated into legacy systems, there are obstacles that create slowdowns as work-arounds are developed so that the systems mesh properly. However, through the use of globally acceptable and implemented specifications and standards, we are addressing and removing those interoperability hurdles before deployment. That way our industry partners and government components can hit the ground running.”

This is important because multiple agencies can immediately benefit from the advantages of Blockchain.

Throughout the HSE, agencies issue entitlements, attestations and certifications. The holders of those credentials might be an individual, organization or product, but from the HSE perspective, they all have at least one thing in common—the documentation must be quickly verified, extremely robust and resistant to tampering. Paper-based, manual verification solutions are slow, non-centralized and pose are greater risk of forgery and counterfeiting. Blockchain is tailor-made to address and mitigate these security and speed issues.

S&T first piloted Blockchain with CBP; the nation’s leading law enforcement agency to facilitate lawful international trade across U.S borders. CBP has primary responsibility over the import/export supply chain (the system responsible for bringing a raw product or service to the end customer), verifying international treaty certifications and providing for the timely approval and movement of cargo.

John explained, “We are a support organization for components and their operators. CBP saw that we were ahead of the curve with our understanding of the Blockchain landscape, so they reached out to us. It’s a great example, because their desires intersected with our knowledge.”

The tracking and validation of goods, their elements and their origins throughout the entire supply chain for audit and compliance purposes, is extremely challenging. CBP was interested in updating the paper-based system that they had been using to verify and approve trade agreements.

They saw that Blockchain could enable stakeholders (broker, importer and government) to know instantly the status of import products. By adding a level of secure transparency to the supply chain, all involved parties would be able to track and verify each product from origin to destination.

“Blockchain and CBP’s needs were an excellent match and the lessons learned in the pilot are being applied to additional agencies.” said John.

Based on the success with CBP, additional DHS Components are starting to explore how Blockchain technologies could help with their missions. In particular, throughout the HSE, agencies such as USCIS issue entitlements, attestations and certifications. The holders of those credentials might be an individual, organization or product, but from the HSE perspective, they all have at least one thing in common—the documentation must be quickly verified, extremely robust and resistant to tampering. Paper-based, manual verification solutions at areas such as TSA checkpoints are non-centralized and pose are greater risk of forgery and counterfeiting. Blockchain is a potential solution that can address and mitigate these security and speed issues.

USCIS is responsible for issuance of documentation proving citizenship, immigration and employment work-status authorization. They wanted to upgrade their existing manual system to be faster, more accurate and more secure.

“USCIS wanted a solution to reduce fraud in citizenship, immigration and authorization documentations. And that is exactly the type of functions where Blockchain excels.” added John.

By working and  partnering with SVIP to sponsor the “Preventing Forgeries of and Counterfeiting of Certificates and Licenses” Call,  USCIS is seeking how Blockchain technologies can help secure and automate these processes, which translates into faster and more accurate verification.

The TSA is the lead organization responsible for the security of the travelling public. In that role, it is responsible for verifying that each passenger that interacts with a TSA checkpoint presents lawful and legitimate proof of identity that also matches them and their boarding pass. Currently, much of this verification is done manually and by visual assessment. With Blockchain, passenger identification could be accelerated, and detection of fraudulent documentation enhanced.

“TSA is another great capability match,” remarked John. “Blockchain is the infrastructure that supports the validation of credentials. Greater speed and accuracy at checkpoints means a better and safer traveler experience.”

By partnering with SVIP to sponsor the “Preventing Forgeries of and Counterfeiting of Certificates and Licenses” Call, TSA is seeking how Blockchain technologies can help secure, automate and speed up the credential validation processes at checkpoints.

S&T, SVIP, Blockchain and the Future

S&T is taking the lead in developing the processes for the use of Blockchain. This work will accelerate the development and deployment of this important technology throughout the HSE and other government agencies. By modernizing these systems, Blockchain will save time, money and reduce fraud.

Development of standards enables a robust and competitive marketplace for Blockchain uses that will benefit both the government clients and the private sector industry manufacturers and sellers.

Meanwhile, S&T SVIP is continuing to fund and explore new ways to facilitate the speedy and secure transfer of authenticated data and the verification of documentation to secure trade, travel and ultimately, the country.

“The work we’re doing with Blockchain will enable the HSE to execute its mission more efficiently. By automating a multitude of time-consuming tasks, agents will be freed to focus on other areas of trade, travel and security,” said John, “The program’s success will serve as the foundation of our ‘whole of government’ approach to Blockchain in the future.”

The Internet Is Surprisingly Fragile, Crashes Thousands of Times a Year, and No One Is Making It Stronger